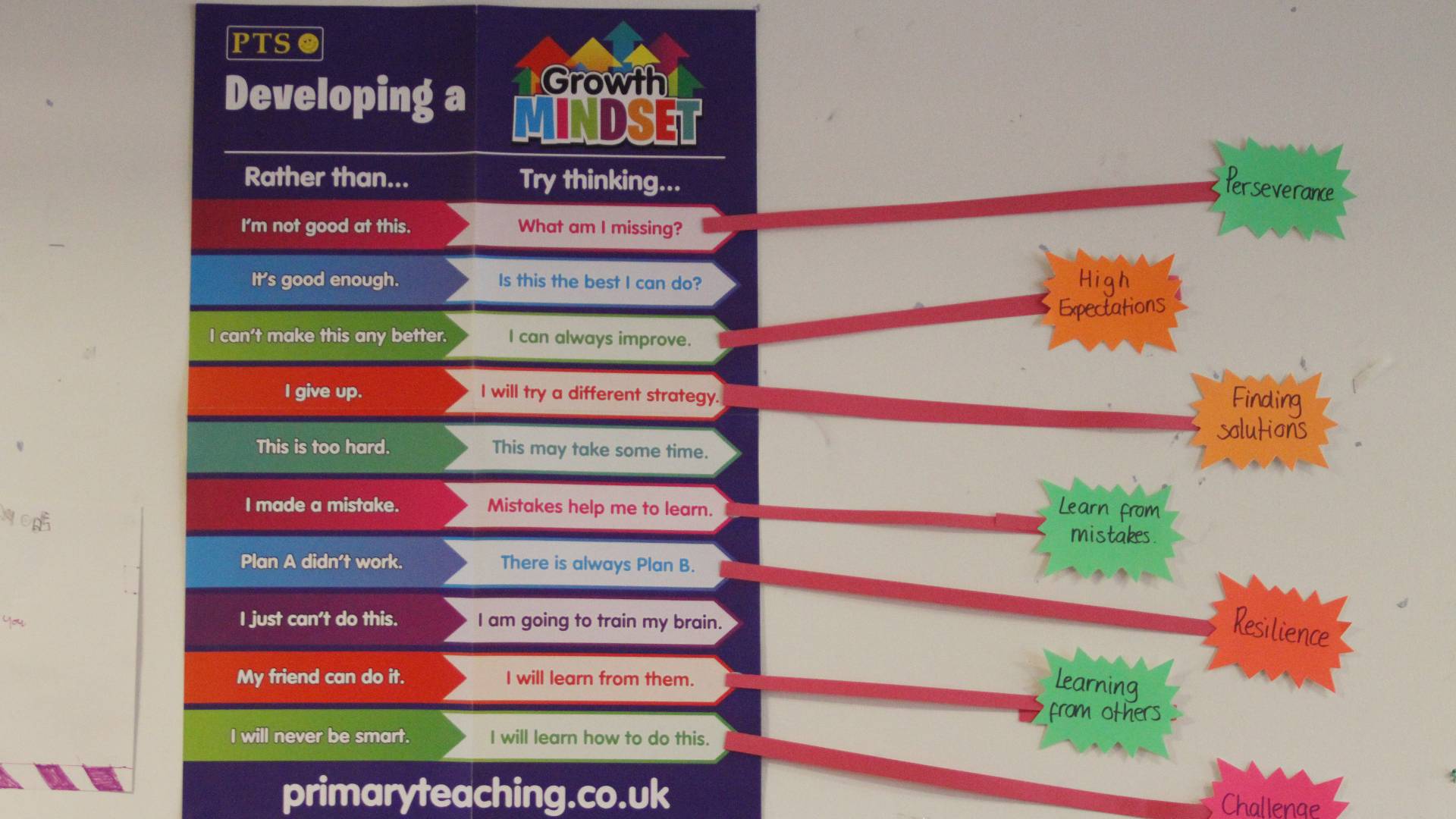 Pupils change their minds about intelligence after growth mindset lessons

Ashleigh Thomson, a teacher at Stane Primary School in North Lanarkshire, took on Mindset Teams to increase motivation and participation among her pupils, especially those living in areas of deprivation.

​Ashleigh had found that attitudes towards maths among her pupils were largely negative, with many demonstrating low self-esteem and low resilience, especially in the P6 and P7 groups.

Surveys conducted within the school had shown most of her pupils believed intelligence to be fixed, and numeracy in particular was identified as something pupils wanted to focus on and improve.

With an unwillingness amongst much of her class to explore their mistakes amid a general fear of getting things wrong, Ashleigh was eager to try a new approach in an attempt at changing pupil attitudes.

Ashleigh explains how she approached the programme, the ways in which her pupils responded, and how she managed to change their mindsets to the extent that, in her post-project questionnaire, 83% of her pupils believed intelligence isn’t fixed.